Jolene was born and raised in Nelson, BC. She relocated to obtain her Bachelor of Arts (B.A.) from Simon Fraser University in 2000 and later obtained her law degree (LLB) from Dalhousie University in Halifax in 2005.

While Jolene was in school in Halifax she worked at the Dalhousie Legal Aid Clinic providing pro bono legal aid to low income people. She also worked at the Nova Scotia Family Courts as a judge’s assistant. She was a member of the Dalhousie Health Law Institute and received a Health Law and Policy Specialization certificate.

Upon returning to the Kootenays Jolene worked at Skogstad Law Office (as it was called at the time) beginning in 2006.

Jolene was called to the Bar in 2007 and been practicing in Nelson ever since, working primarily in Family Law.

As a family lawyer Jolene puts not only her expertise into her work but also recognizes the emotional nature of her client’s individual matters. Her goal is to reach peaceful resolutions, however, she also has significant experience as a litigator in both Provincial and Supreme Court.

She has also worked in criminal, civil, mental health law and legal aid matters  and continues to do so on a case-by-case basis. 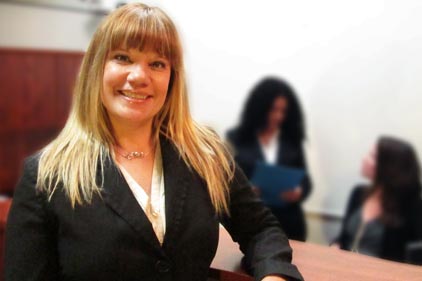 Family lawyer Jolene Shkooratoff has been practicing in the Nelson area since being called to the bar in 2007.

What our clients are saying about Jolene.

We went to court today, and everything has worked as planned. I am grateful to have had Jolene represent me with skill and heart.
Kay Pittman, Nelson BC
I highly recommend Jolene Shkooratoff. She was able to work through some very difficult child custody issues in a very professional manner .
Laura Duncan, Blewitt BC
She had great rapport with the judges and court personnel. She did what needed to be done in a timely fashion and she won my case.
Lester Harrison, Salmo BC
Back to Top